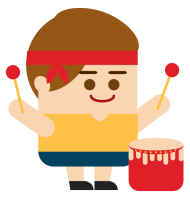 The Dragon Boat Festival commemorates the death of the poet and minister Qu Yuan (c. 340–278 BC) of the ancient state of Chu during the Warring States period of the Zhou Dynasty. Qu Yuan was a cadet member of the Chu royal house. But when the king allied with the increasingly powerful state of Qin, Qu Yuan was banished for opposing the alliance and even accused of treason. During his exile, Qu Yuan wrote many poems to express his anger and sorrow towards his sovereign and people. 28 years later, Qin captured Ying, the Chu capital. In despair, Qu Yuan drowned himself in the Miluo River. It is said that the local people, who admired him, raced out in their boats to save him, or at least retrieve his body. This is the origin of dragon boat races. When his body could not be found, they dropped balls of sticky rice into the river so that the fish would eat them instead of Qu Yuan’s body. This is said to be the origin of zongzi, the traditional Chinese food made of glutinous rice stuffed with different fillings and wrapped in bamboo. 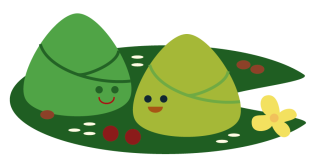 Dragon Boat Festival is celebrated by preparing and eating zongzi, drinking realgar wine,  a Chinese alcoholic drink that is made from Chinese yellow wine dosed with powdered realgar, a yellow-orange arsenic sulfide mineral, and racing dragon boats. A dragon boat is a human-powered boat or paddle boat that is traditionally made of teak wood to various designs and sizes. They usually have brightly decorated designs that range anywhere from 40 to 100 feet in length, with the front end shaped like open-mouthed dragons, and the back end with a scaly tail. The boat can have up to 80 rowers to power the boat, depending on the length. A sacred ceremony is performed before any competition in order to “bring the boat to life” by painting the eyes. The first team to grab a flag at the end of the course wins the race.

Wu (午) in the name Duanwu in Chinese has similar pronunciation as the number 5, that is why many regions in China have traditions of eating food that is related to the number 5. For example, eating congee (a Chinese broth or porridge made from rice) made from 5 different beans. In some regions of China, parents braid silk threads of 5 colors and put them on the their children’s wrists, on the day of Duanwu. People believe that this will help keep bad spirits and disease away. Other common activities include hanging up icons of Zhong Kui (a mythic guardian figure), hanging mugwort and calamus, taking long walks, and wearing perfumed medicine bags. Other traditional activities include a game of making an egg stand at noon (this “game” implies that if someone succeeds in making the egg stand at exactly 12:00 noon, that person will receive luck for the next year), and writing spells.

If you are in China during the Dragon Boat Festival, make sure to watch the dragon boat races live! Even if you do not celebrate the Dragon Boat Festival, you could still share the spirit by wishing your Chinese families, friends or colleagues many fortunes to come. Or by getting to know the art of Chinese poetry. Who knows, maybe you could get to taste a zongzi or even drink realgar wine!