Do you know that Guy Fawkes Night is celebrated on 5 November? Also known as Guy Fawkes Day, Bonfire Night and Firework Night, it is an annual commemoration observed on 5 November, primarily in the United Kingdom.

On 5 November 1605,  Guy Fawkes, a member of the Gunpowder Plot, was arrested while guarding explosives the plotters had placed beneath the House of Lords, the upper house of the Parliament of the United Kingdom. The explosives were placed there to assassinate King James I of England. Celebrating the fact that King James I had survived the attempt on his life, people lit bonfires around London; and months later, the introduction of the Observance of 5th November Act enforced an annual public day of thanksgiving for the plot’s failure.

Guy Fawkes Night is usually celebrated at large organized events, centered on a bonfire and extravagant firework displays. Effigies of Guy Fawkes are burnt in the bonfire. People also have a bonfire party in their backyard with their families and friends. Sausage rolls, hot dogs and burgers, potatoes, and other food are served to be baked at the bonfire. Afterwards, fireworks and sparklers will be lit up to enliven the party mood. 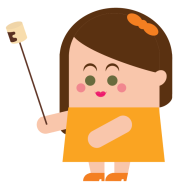 But the melodic rhymes inspired by the Gunpowder incident that were first known in the 17th century are still very much popular today and you have probably heard a version or two of them before:

What about you? Do you still celebrate Guy Fawkes Night? Or maybe you have a fond memory of it? Do you know how the next verses of that rhymes go? Do tell us! Have a safe celebration, everyone!