Writers, have you joined this year’s NaNoWriMo? NaNoWriMo, or National Novel Writing Month, is an annual Internet-based creative writing project that takes place during the month of November. The aim is to get people to start writing, using the deadline as an incentive to get the story going and to put words to paper. Participating in NaNoWriMo is totally free!

NaNoWriMo was started on July 1999 by freelance writer Chris Baty, with 21 participants in the San Fransisco Bay area. In 2000, the event was moved to November to more fully take advantage of the miserable weather. In 2005, NaNoWriMo was registered as a non profit organization due to the event growing strongly every year, which became the Office of Letters and Light. By 2015, more than 400,000 people from 633 different regions participated in NaNoWriMo. of those participants, more than 40,000 won.

During NaNoWriMo, participants attempt to write 50,000 words manuscript between 1 November and 30 November. NaNoWriMo focuses on the length of a work rather than the quality, encouraging writers to finish their first draft so that it can later be edited at the author’s discretion. 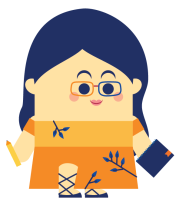 There are several programs in NaNoWriMo, such as Young Writers Program (YWP), a writing workshop aimed to aid classrooms of kindergarten through 12th-grade students. The difference between the regular program and the YWP is that kids could choose how many words to try to write. The other program is Camp NaNoWriMo, a virtual writing retreat, designed to provide the community, resources and tools needed to complete any writing project, novel or not. The Come Write In program provides free resources to libraries, community centers, and local bookstores to build writing havens in their neighborhood. And The Night of Writing Dangerously, a fundraising Write-a-thon event where hundreds of writers gather together in the Julia Morgan Ballroom to eat, chat, exchange excerpts, enter raffle contests, listen to speeches, meet the staff, and most importantly, write.

No official prizes are awarded for length, quality, or speed. Anyone who reaches the 50,000-word mark is declared a winner, and will receive a printable certificate, an icon to be displayed on the web, and inclusion on the list of winners. And since 2006, nearly 400 NaNoWriMo novels have been published via traditional publishing houses and over 200 novels have been published by smaller presses or self-published.

If you are not a writer but aspire to be one, then NaNoWriMo is the perfect time to start! This year, Celly is also excited to participate in NaNoWriMo. She just needs to choose one topic to write from a dozen ideas she has in her head right now!

What about you? Do you participate in this year’s NaNoWriMo? Tell us!

One thought on “NaNoWriMo”