Gather up, fans of Doctor Who all over the world and even beyond! We will celebrate TARDIS Day on 23 November! TARDIS Day celebrates the anniversary of “The Unearthly Child”, the debut episode of the series Doctor Who and the origin point of an ever-expanding universe, that was aired on 23 November 1963. Today, Doctor Who is the longest-running science fiction television show.

Doctor Who is a British television science fiction program that depicts the adventures of a Time Lord called “the Doctor”, an extraterrestrial being, to all appearances human, from the planet Gallifrey. The Doctor explores the universe in a time-travelling space ship called the TARDIS (Time And Relative Dimension In Space). Its exterior appears as a blue British police box, which was a common sight in Britain in 1963 when the series first aired. Accompanied by a number of companions, the Doctor combats a variety of foes while working to save civilizations and help people in need.

Thirteen actors have headlined the series as the Doctor. The transition from one actor to another is written into the plot of the show with the concept of regeneration into a new incarnation, a plot device in which a Time Lord “transforms” into a new body when the current one is too badly harmed to heal normally. The time-travelling feature of the plot means that different incarnations of the Doctor occasionally meet. The Doctor is currently portrayed by Jodie Whittaker, who took on the role after Peter Capaldi’s exit in the 2017 Christmas special “Twice Upon a Time”.

Doctor Who is a significant part of British popular culture, and elsewhere it has gained a cult following. It has spawned numerous spin-offs, including comic books, films, novels, audio dramas, and the television series Torchwood (2006–2011), The Sarah Jane Adventures (2007–2011), K-9 (2009–2010), and Class (2016), and has been the subject of many parodies and references in popular culture. 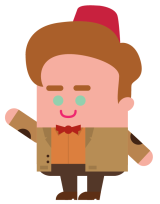 TARDIS Day is usually celebrated by a gathering where Doctor Who fans will come dressing as their favorite Doctor or other characters from the series. Doctor Who signature dishes will be served, such as fish fingers and custard. Fans also celebrate it by binge-watching the series from the first episode, watching Doctor Who movies, read the novels, and many more.

If you have not watch Doctor Who yet, then TARDIS Day is the perfect time to start to know the worldwide phenomenon!

How about you? Tell us your favorite TARDIS Day activity, or share your most memorable TARDIS Day celebration!