Do you know that we will celebrate the Red Planet Day on 28 November? It commemorates the day when Mariner 4, a program conducted by the American space agency NASA in conjunction with Jet Propulsion Laboratory (JPL), managed to do a flyby of the planet Mars and gave the first glimpse of Mars at close range, on 28 November 1964.

Mars is the fourth planet from the Sun and the second-smallest planet in the Solar System after planet Mercury. In English, Mars carries a name of the Roman god of war, and is often referred to as the “Red Planet” because the reddish iron oxide or rust prevalent on its surface gives it a reddish appearance that is distinctive among the astronomical bodies visible to the naked eye. 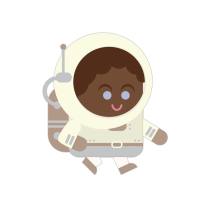 Mars is similar to Earth in many ways. It has the same rotational period and seasonal cycles. Mars also has 2 moons, Deimos and Phobos, and has the largest volcano, Olympus Mons, in the Solar System. Because of its similarity to Earth, many astronomers and scientists believe that at some point in its history Mars may have been a hospitable planet for life. Mars also has the largest dust storms in our solar system, and it only has about 38% of Earth’s surface gravity.

Exploration of Mars has been high on the agenda of the space programs of many countries. Several plans for a human mission to Mars have been proposed throughout the 20th century and into the 21st century, but no active plan has an arrival date sooner than the 2020s. SpaceX founder Elon Musk presented a plan in September 2016 to, optimistically, launch space tourists to Mars in 2024 at an estimated development cost of US$10 billion. The NASA Authorization Act of 2017 directed NASA to get humans near or on the surface of Mars by the early 2030s.

Even though there is still a long way for humans to actually live on Mars, let us celebrate the Red Planet Day today by learning more on Mars and its environment. You could also head to the nearest astronomy club and join them, and see if you can get a glimpse of the planet. Ever dreaming of becoming an astronaut or cosmonaut? Then pursue that dream now, because there is no age restriction to apply to become one! Who knows, maybe someday you will be the one who stand on the surface of Mars!