Love is in the air and chocolates are everywhere. That’s right, we will celebrate Valentine’s Day on 14 February!

Valentine’s Days is originally a Western Christian feast day honoring Saint Valentine. Valentine were the name given to early Christian martyrs. Among them is Saint Valentine of Rome, who is said to be executed for performing weddings for soldiers, who were forbidden to marry at that time. It is also said that he restored sight to the blind daughter of his jailer. Before his execution, Saint Valentine of Rome wrote a farewell letter to the daughter, signed with “Your Valentine”. The letter was considered as the first “valentine” card, and the expression was adopted by modern Valentine letters. 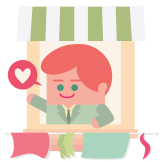 Today Valentine’s Day is a significant cultural, religious and commercial celebration of romance all around the world. Its symbols are hearts, flowers especially roses, doves, and Cupid, a figure of a baby with wings, bearing a bow and a heart. Valentine’s Day is also associated with the color red and pink.

Valentine’s Day is celebrated by giving gifts to your loved ones, such as cards, flowers, chocolates, even lingeries and champagne. The gift will mean much more if it is made by yourself! Couples will also have a romantic lunch or dinner. For those who do not yet have a romantic partner, Valentine’s Day is usually used to express their love for the intended partner by sending a gift to him or her, both directly or anonymously. Valentine’s Day can also be celebrated by attending church services. 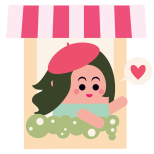 An old Valentines day custom in France was called the “une loterie d’amour” or “drawing for love”. This entailed single people of all ages entering houses that faced opposite each other and calling out through the windows until eventually they paired off with each other. If the male suitor was not particularly attracted to his partner, he would leave her, and the women left single would build a large bonfire and ceremoniously burn images of the men that had deserted them whilst simultaneously hurling abuse and curses at the ungrateful men. Unfortunately the practice soon became out of hand and the French government eventually banned it.

If you do not celebrate Valentine’ Day, you could still share the spirit by giving a gift to your loved ones. Or even by simply telling him or her how much you love them, and how grateful you are to be their romantic partner.