Put on your green hat and wiggle those green fingers, because we will celebrate World Earth Day on 22 April! On Earth Day, various events and celebrations are held to support environmental protection. In 2019, the theme for Earth Day is to ‘Protect Our Species’, as organized by the Earth Day Network. 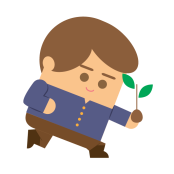 Earth Day was first proposed by peace activist John McConnell in 1969 at UNSECO Conference in San Francisco. John McConnell proposed that a day to honor the Earth and the concept of peace was to be celebrated on 21 March 1970. This proposal was sanctioned by the United Nations. A month later, United States Senator Gaylord Nelson also found the Earth Day as an environmental teach-in first held on 22 April 1970. Earth Day was originally celebrated only in the United States, but in 1990 Denis Hayes, an environmental advocate and the original national coordinator of Earth Day in 1970, took the celebration international by organizing events in 141 nations.

Earth Day is celebrated by various events and movements. Communities or non-profit

How about you? Tell us your favorite Earth Day activity, or share your most memorable Earth Day celebration. Be sure join this year’s Earth Day and reduce our plastic consumption! Have a unique idea to protect our Earth? Share it to us too!