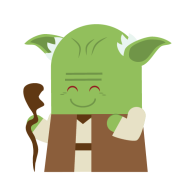 Gather up Jedi Padawans, Sith Apprentices, Droids, Rebel soldiers and Imperial stormtroopers alike! You are all invited to join the Star Wars Day celebration on 4 May!
Star Wars is an American epic space opera media franchise, centered on a film series created by George Lucas. The film usually opens with a running text that is started with “A long time ago in a galaxy far, far away.” One of the main themes of Star Wars is the fight between the Rebel force and the tyrannical Empire.

The spiritual and mystical element of the Star Wars is known as “the Force”. It is described in the original film as “an energy field created by all living things [that] surrounds us, penetrates us, [and] binds the galaxy together”. The other central themes of Star Wars is the conflict between the Jedi, who harness the light side of the Force, and the Sith, who use the dark side of the Force through hate and aggression. The renowned phrase in Star Wars is “May the Force be with you”, usually used to wish someone luck.

It is said that the phrase “May the fourth be with you” was first used on 4 May 1979 when Margaret Thatcher took office as Prime Minister of the United Kingdom. The phrase was then adopted by Star Wars fan as it is similar with “May the Force be with you.” The first organized celebration of Star Wars Day was held in Toronto, Ontario, Canada in 2011. The second annual celebration was held on 4 May 2012. And since 2013, 4 May was officially observed as Star Wars Day.

Star Wars Day is celebrated by dressing up as one of Star Wars characters or having a Star Wars movie marathon. Fans will also play Star Wars toy or game, read Star Wars books, or make Star Wars crafts and use them to decorate their houses. There are also various Star Wars-inspired food and beverage recipes that could be served!

If you have not been a Star Wars fan, then Star Wars Day is the perfect day to start to get to know the pop culture phenomenon! Especially with the announcement of the release of Star Wars: The Rise of Skywalker, the third installment of the Star Wars sequel trilogy, following The Force Awakens (2015) and The Last Jedi (2017), and the ninth and final episode of the main Star Wars film franchise. The film will be released on 20 December 2019, so there are enough time to get into the series!

May the fourth be with you!

One thought on “May the 4th be with you!”