Get ready, friends! The Scooby-Doo 50th Anniversary countdown kicks off on 26 July 2019 and will culminate on the beloved canine friend’s spooky birthday on Friday, 13 September 2019! It celebrates the 50th anniversary of The Scooby-Doo’s first episode, Scooby-Doo, Where Are You!, which was premiered on CBS on 13 September 1969. 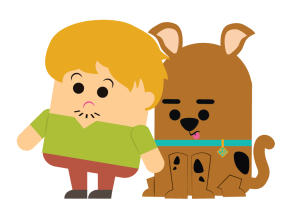 During its five-decade broadcast history, Scooby-Doo has received two Emmy nominations: a 1989 Daytime Emmy nomination for A Pup Named Scooby-Doo, and a 2003 Daytime Emmy nomination for What’s New, Scooby-Doo‘s Mindy Cohn in the “Outstanding Performer in an Animated Program” category. Scooby-Doo has maintained a significant fan base, which has grown steadily since the 1990s due to the show’s popularity among both young children and nostalgic adults who grew up with the series. Several television critics have stated that the show’s mix of the comedy-adventure and horror genres was the reason for its widespread success. As Fred Silverman and the Hanna-Barbera staff had planned when they first began producing the series, Scooby-Doo’s ghosts, monsters and spooky locales tend more towards humor than horror, making them easily accessible to younger children. 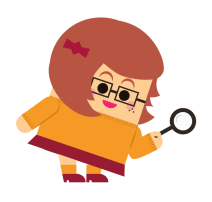 In honor of 50 years, Warner Bros. is creating a world of mysterious fun where fans of all ages are invited to join the adventure, solve problems and do good. To celebrate the Scooby-Doo 50th Anniversary, the studio is giving fans 50 days of content, giveaways, product, downloadable activities and many more surprises. New Scooby-Doo inspired products, from food and games to apps, will also be revealed during the 50 days; as well as various partnerships within global themed entertainment, local family restaurants, interactive activations and retail experiences.

To celebrate the Scooby-Doo 50th Anniversary, you could host a party at your house where your families and friends could dress up as characters from Scooby-Doo. Serve them Scooby-Doo inspired food, and afterwards invite them to play a fun supernatural mystery game Do not forget to use the catchphrases from Scooby-Doo, such as saying “Jinkies!” when finding a clue, or “Scooby-Dooby-Doo!” when solving the mystery! 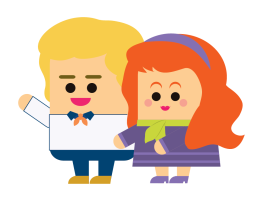 You could also celebrate it by binge-watching the Scooby-Doo series. Have not watched Scooby-Doo yet? Then the Scooby-Doo 50th Anniversary is the perfect time to get introduced into the world of Scooby-Doo!