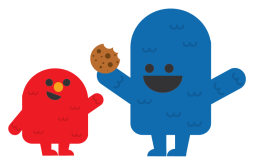 Sesame Street is an American educational children’s television series that combines live action, sketch comedy, animation and puppetry. It is produced by Sesame Workshop (known as the Children’s Television Workshop (CTW) until June 2000) and was created by Joan Ganz Cooney and Lloyd Morrisett. The program is known for its images communicated through the use of Jim Henson’s Muppets, and includes short films, with humor and cultural references. With the creation of Sesame Street, producers and writers of a children’s television show used, for the first time, educational goals and a curriculum to shape its content. It was also the first time a show’s educational effects were formally studied.

Sesame Street was the fifteenth-highest-rated children’s television show in the United States. A 1996 survey found that 95% of all American preschoolers had watched the show by the time they were three years old. In 2018, it was estimated that 86 million Americans had watched the series as children. As of 2018, Sesame Street has won 189 Emmy Awards and 11 Grammy Awards, more than any other children’s show.

As of 2001, there were over 1,000 research studies regarding Sesame Street’s efficacy, impact, and effect on American culture. The CTW solicited the Educational Testing Service (ETS) to conduct summative research on the show. ETS’s two “landmark” summative evaluations, conducted in 1970 and 1971, demonstrated that the show had a significant educational impact on its viewers. Additional studies conducted throughout Sesame Street’s history demonstrated that the show continued to have a positive effect on its young viewers. 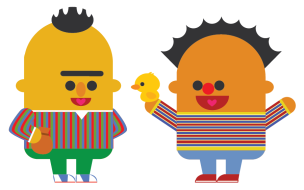 If you did not know Sesame Street yet, the 50th anniversary of Sesame Street is the perfect time to get to know one of the best television shows of all time!