Hinamatsuri, or Doll’s Day or Girls’ Day, is celebrated on 3 March by Japanese girls. It is a festival to pray for the growth and happiness of young girls. The origin of Hinamatsuri festival came from the practice of o-harae, a Shinto purification rites. It is said that Izanagi, one of the mythical founders of Japan, purified himself in the river after visiting Yomi, the land of the dead. That was the source of o-harae. During the Heian period, o-harae was performed on the third day of the third month by means of transferring sins and misfortunes to dolls made of paper, wood, or straw called katashiro, and throwing them into the river or ocean. 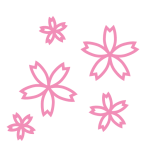 The practice done on Hinamatsuri is to display a set of platforms covered by red-carpet material, on which a set of ornamental dolls are displayed. The set of platforms is called hinazakari and the ornamental dolls are called hina-ningyo, which representing the Emperor, Empress, attendants, and musicians in traditional court dress of the Heian period. There are five to seven tier of the platforms, and the complete set of hinazakari could be handed down from generation to generation as a family heirloom.

During Hinamatsuri and the days before that, girls will also hold parties with their friends, where hina-arare (rice crackers), hishi mocha (multicolored rice cakes), ichigo daifuku (strawberry wrapped in adzuki bean paste), and shirozake (non-alcoholic sake) will be served. In some areas, nagashi-bina or doll floating ceremony is held, where participants make dolls out of paper or straw and send them on a boat down a river, carrying one’s impurities and sin with them.

If you do not celebrate Hinamatsuri, but know a girl who does, you could still share the spirit by giving her the set of the two main dolls. Or simply by wishing her a good growth and many happiness in her days to come.

What about you? Tell us your favorite Hinamatsuri activity, or share your most memorable Hinamatsuri celebration!