People in Japan! Are you ready for Hanami? 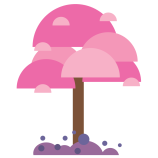 Hanami, meaning flower viewing, is a Japanese traditional custom of enjoying the beauty of Sakura, the renowned Japanese cherry blossom. From end of March to early May, sakura tree will bloom all over Japan, and will last only for a week or two. That is why the sakura-zensen or blossom forecast announced each year by the weather bureau is watched carefully by Japanese people.

The Hanami tradition was said to be centuries old, and was started by the Emperor Saga of the Heian period in Japan (794-1185). The Emperor would held flower-viewing parties with sake and feasts under the blossoming sakura trees in the Imperial Court in Kyoto. Initially Hanami could only be enjoyed by the elites of the Imperial Court, but soon the tradition spread to the samurai society and even to the common people.

During Hanami, Japanese people will go to parks to have picnics or feasts under the sakura trees. They will eat special dishes such as dango (Japanese dumpling) or bento (home-packed meal), and drink sake, Japanese rice wine. Afterwards they will play music or listen to it. To get the best Hanami spots, Japanese people often have to “book” the spots by being in the park hours even days before. Hanami could last until late night, and it is called yozakura or night sakura. In many places such as Ueno Park, temporary paper lanterns are hung for the purpose of yozakura. Hanami is also celebrated, in smaller scale, in Taiwan, Korea, the Philippines, and China. And even in the United States and the European countries, where sakura trees are donated by Japan to be planted there.

If you are not in Japan during Hanami, you could still share the spirit by enjoying the spring around you. Go with families or friends to the nearest park and enjoy the flowers there! You could also play music or games, or simply enjoying the sun. If there are other musicians in the park, you could also appreciate them by listening to their music!

How about you? Tell us your favorite Hanami activity, or share your most memorable Hanami celebration!