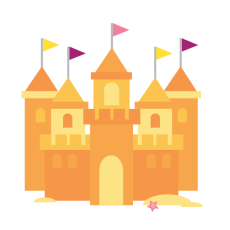 If you read Adorageek’s post on Equinox, then you know that our Earth actually rotates on a tilted axis. Summer solstice, or often called midsummer, occurs when a Earth’s rotational axis, or its geographical Northern pole, is most greatly inclined toward the Sun. On the summer solstice, Earth’s maximum axial tilt toward the Sun is 23.44°. This happens twice each year (once in the Northern hemisphere and once in the Southern hemisphere), when the Sun reaches its highest position in the sky as seen from the North or South Pole.

The word solstice is derived from the Latin words sol (sun) and sistere (to stand still). This year, the summer solstice in Northern hemisphere occurs on 21 June 2018, 10.07 UTC. The summer solstice day has the longest period of daylight, meaning that there will be an early dawn, a long day, a late sunset, and a short night. Except in the polar regions, where daytime remains continuous for 24 hours every day during a period ranging from a few days to six months around the summer solstice.