Our woman hero of December is Mary Somerville! She was a Scottish science writer and polymath. She studied mathematics and astronomy, and was nominated to be jointly the first female member of the Royal Astronomical Society at the same time as Caroline Herschel. When Mary died in 1872, The Morning Post declared in her obituary that she is the queen of science. 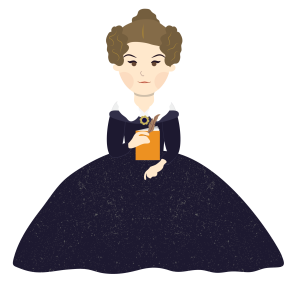 Mary Somerville was born on 26 December 1780 in Jedburgh, a town and former royal burgh in the Scottish Borders. Her family lived in genteel poverty, and her father thought that Mary should be able to write and keep accounts so she would not have to live like that forever. So at the age of 10 Mary was sent to study at Musselburgh, an expensive boarding school. During bad weather she would occupy herself with reading the books in her father’s library. However, Mary’s aunt thought that she was wasting her time in reading. As a consequence, Mary was also sent to the village school to learn plain needlework.

At the age of 13 her mother sent Mary to writing school in Edinburgh during the winter months, where she improved her writing skills and studied the common rules of arithmetic. When she was back home, she taught herself enough Latin so that she could read the books in the home library. Later on Mary was allowed to attend the academy Alexander Nasmyth had opened for ladies. During it, she continued in the traditional role of the daughter of a well-connected family, attending social events and maintaining a sweet and polite manner – she was nicknamed “the Rose of Jedburgh” among Edinburgh socialites. 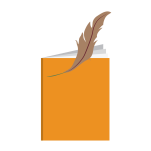 In 1804 Mary married first husband, her distant cousin Samuel Greig. They lived in London, but it was not a happy time for her. Although Mary could study, her husband did not think much of women’s capacity to pursue academic interests. When her husband died in 1807, Mary returned home to Scotland and resumed her mathematical studies. By that time she had studied plane and spherical trigonometry, conic sections and James Ferguson’s Astronomy. Mary started to solve mathematical problems posed in the mathematical journal of the Military College at Marlow and she eventually made a name for herself when solving a diophantine problem for which she was awarded a silver medal in 1811.

In 1826 Mary was requested by Lord Brougham to translate the Mécanique Céleste of Pierre-Simon Laplace. Mécanique Céleste was acclaimed as the greatest intellectual achievement since the Principia. Mary produced not a translation, but an expanded version of the first two volumes. She wrote a standalone exposition of the mathematics behind the workings of the solar system. It was published in 1831, under the title of The Mechanism of the Heavens. It made her at once famous. Mechanism was set as textbook for undergraduates at University of Cambridge until the 1880s.

In 1834 Mary was elected honorary member of the Royal Irish Academy. She was a polymath and wrote reviews as well as syntheses of research. In 1842, Mary was among those who discussed of a hypothetical planet perturbing Uranus. Her writings led the young John Couch Adams to look for Neptune and predictions were fulfilled in 1846 by the discovery of Neptune revolving at the distance of 3,000,000,000 miles from the sun. Mary was also elected to the American Geographical and Statistical Society in 1857 and the Italian Geographical Society in 1870, and was made a member of the American Philosophical Society.

When John Stuart Mill, the philosopher and economist, organised a massive petition to Parliament to give women the right to vote in 1868, Mary was the first person to sign the petition. In her autobiography Mary detailed the obstacles she had faced in obtaining an education as a young girl. During her lifetime the agitation for establishing women’s access to higher education had grown. After her death in 1872, many things were named after her, including a college, a high school for girls, an island, a main-belt asteroid, and a small lunar crater in the eastern part of the Moon.

Mary Somerville inspired us that we should strive for our passions and dreams, even though there are a lot of obstacles along the way. Have no access to learn something that we truly love? Then read books about it or ask others to teach us on it! There are many ways to learn about something, and women can learn about anything!

Need other kinds of inspiration? Just check Adorageek’s other posts!

Hero of January: Joan of Arc

Hero of May: Maryam Mirzakhani