Our woman hero of May is Maryam Mirzakhani! Maryam, who was born on 12 May 1977, was an Iranian mathematician and professor of mathematics at Stanford University, Stanford, California. On 13 August 2014, Maryam was honored with the Fields Medal, the most prestigious award in mathematics, often equated in stature with the Nobel Prize. The award is given only once every four years and only to mathematicians 40 years old or younger. Maryam was both the first woman and the first Iranian to be honored with the award. The award committee cited her work in “the dynamics and geometry of Riemann surfaces and their moduli spaces.”

In her youth, Maryam attended Tehran Farzanegan School in Tehran, Iran. Tehran Farzanegan School was a girls-only school that was also part of the National Organization for Development of Exceptional Talents (NODET). In 1994, when she was 17 years old, Maryam achieved the gold medal level in the International Mathematical Olympiad, the first female Iranian student to do so. In the 1995 International Mathematical Olympiad, she became the first Iranian student to achieve a perfect score and to win two gold medals. 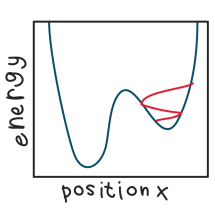 She obtained her BSc in mathematics in 1999 from the Sharif University of Technology. She then went to the United States for graduate work, earning her Ph.D. in 2004 from Harvard University, where she worked under the supervision of the Fields Medalist Curtis T. McMullen. At Harvard, Maryam is known as a determined student who relentlessly asked questions despite not being a native English-speaker. She used to take her class notes in Persian.

Maryam described herself as a “slow” mathematician, saying that “you have to spend 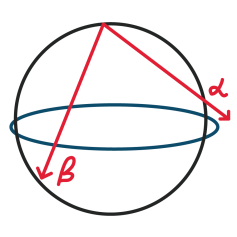 some energy and effort to see the beauty of math.” To solve problems, she would draw doodles on sheets of paper and write mathematical formulas around the drawings. Anahita, Maryam’s daughter, described her mother’s work as “painting”.

In 2013, Maryam was diagnosed with breast cancer, and in 2016 the cancer spread to her bones and liver. Maryam died on 14 July 2017 at the age of 40 at Stanford Hospital in Stanford, California.

Maryam Mirzakhani inspired us that women could also become a master of math, one of the fields that are still dominated by men. Sure, it takes energy and effort to understand math. But if you are willing to do so, you would be awarded with the beauty of math!

Need other kinds of inspiration? Just check Adorageek’s other posts!

Hero of January: Joan of Arc

7 thoughts on “Hero of May: Maryam Mirzakhani”